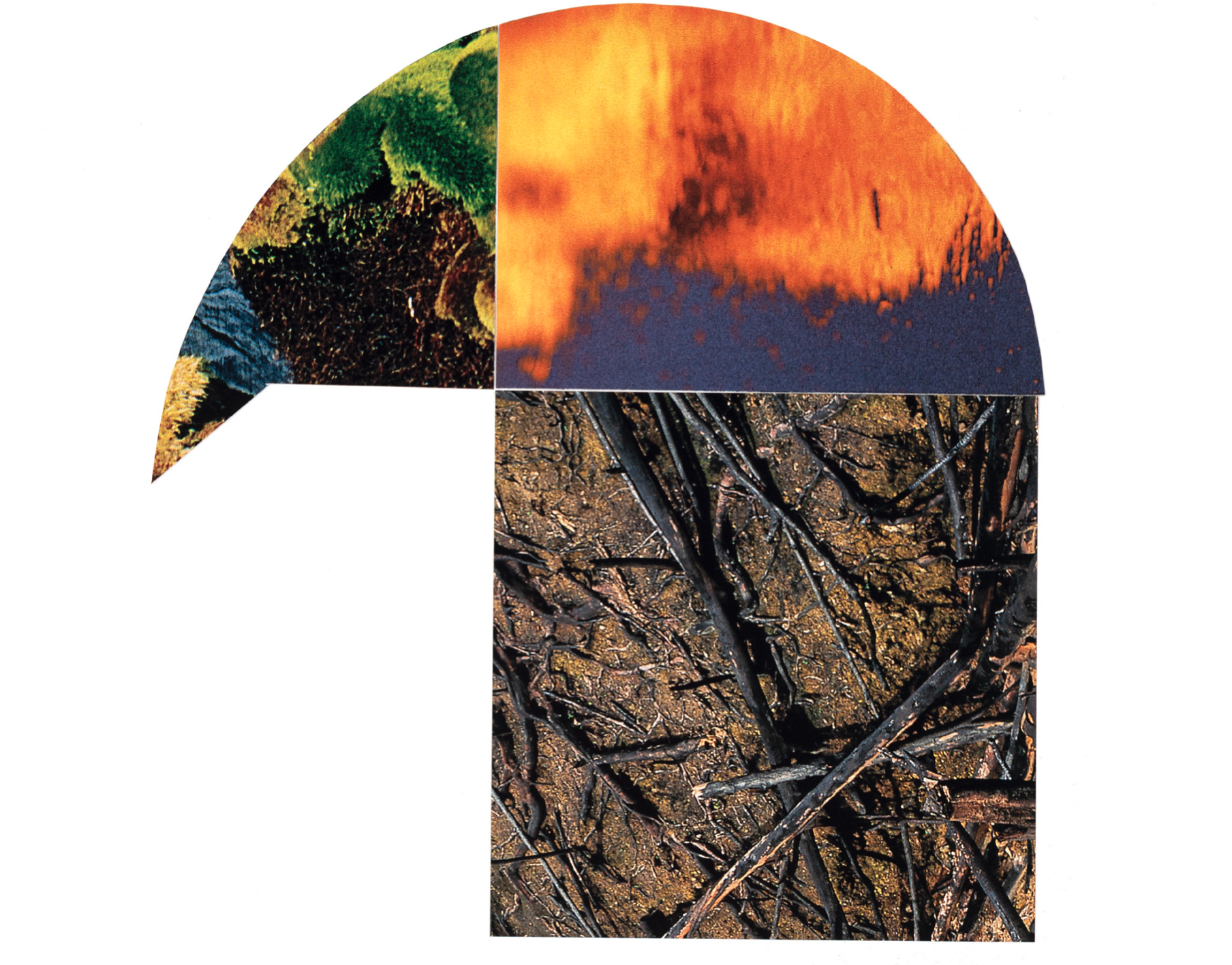 As a teenager, I got a complete National Geographic collection from 1989 to 1999 from a friend of my parents. At that time the booklets were only available in English and it was still a phase when print media had the money to do high quality work. The booklets were a treasure for me then because I was traveling a lot, taking photographs and thinking about studying ethnology. When I was working on the cycle The Adventures of a White Middle Class Man (From Black Hawk to Mother Leafy Anderson), 2016-2017 at Mississippi, I engaged with signs and symbols of the Hobos, the American figure of the wanderer. Not wanting to appropriate any of their symbols, also known as Zinken in German, I developed an abstracted, three-part form of a bird of prey-inspired by the eagles I encountered in the upper reaches of the Mississippi River. In the 2017 exhibition What Do You Want Here at Berlinische Galerie – Landesmuseum für Moderne Kunst, the bird’s sign appeared both as a canvas object and as the cover of a newspaper conceived specifically for the exhibition.

Now, five years later, I continued to engage with birds, resulting in the work Birds (Nat.Geo. 1989 – 1999), 2022. In the course of my exploration of landscape as a space that is processually perpetuated, an exploration that began with the idea of the narrative landscape. It was shown in the exhibition Full Service, 2015 at Museum Villa Stuck, Munich, and most recently culminated in the concept I am not sea, I am not land, 2020 at Haus der Kunst, Munich. Here, 120 bird collages were created from the collection of National Geographic magazines. Each individual collage consists of three parts, which were cut out analogously. I only used photographs that do not show people, but landscapes of whatever kind. Landscapes always form in the interaction of a wide variety of actors and are not subject to a nature-culture duality. The resulting birds show novel landscapes of decline, destruction, distant worlds but also birds of great beauty and sadness. In the course of the work, it became clear how damaged the earth was already in the years 1989 to 1999 – from burning oil fields in Kuwait to the destruction of Amazonia – and the situation has not improved until today, but only further dramatically worsened. The birds show themselves as messengers of dying, but in their form and diversity also as messengers of hope in the sense of a call to remain restless (see Donna Haraway, 2018). The collages were then photographed in a further step and arranged as tableaus of 24 birds each. I understand them as fellow beings that call us to action.

The work Birds (Nat.Geo. 1989 – 1999) will be shown for the first time in an exhibition of the same name, curated by Hans-Jörg Clement and sponsored by the Konrad Adenauer Foundation, at B-Part Exhibition.